“There are two spiritual dangers in not owning a farm. One is the danger of supposing that breakfast comes from the grocery, and the other that heat comes from the furnace. To avoid the first danger, one should plant a garden, preferably where there is no grocer to confuse the issue. To avoid the second, he should lay a split of good oak on the andirons, preferably where there is no furnace, and let it warm his shins while a February blizzard tosses the trees outside.”

Ricky McGee of Fyffe, Alabama is a poultry farmer. When I visited his business on an overcast day in October his coops were empty and clean, awaiting the next batch of chicks.

The roof of that same coop, however, was anything but empty. It was being outfitted with 161 solar panels by Tennessee Tennessee Solar Solutions of Chattanooga, Tennessee.

Why put solar on a chicken coops?

Ricky McGee is a pioneer among his peers as the first poultry farmer in Northern Alabama to tap into the sun to offset enormous electrical costs associated with poultry farming.

“I’m a guinea pig, that’s what I am,” Ricky says good-naturedly.

Heating and cooling chickens can cost a lot. The birds are very susceptible to temperature change, especially in the summer months. 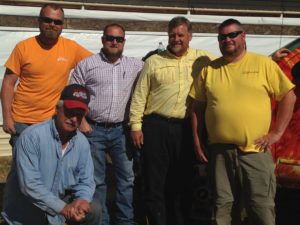 “They run huge water coolers in here to keep it cooled…they have utility bills that could be well over $1,000 a month.” – Rod Harrison of Tennessee Solar Solutions 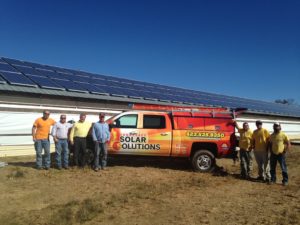 The biggest cost is the initial installation but that investment would be higher if not for two factors on Ricky’s side: the project is both agricultural and rural. That makes farmers eligible for a special USDA grant called REAP. The grant pays one quarter of the install costs. And, as a commercial operation, Ricky will be eligible for a 30% federal tax credit.

Ricky won’t use the solar directly. Instead, he sells it back to Sand Mountain Authority. “He feeds back into the grid and they offset his bill by the amount of energy he generated. It’s a credit and debit transaction,” says Rod Harrison.  If all goes as planned, the sun’s energy could cover 75% of the farmer’s electrical costs.  We’ll keep our fingers crossed.

Tennessee Solar Solutions ranks 319 out of more than 10,000 solar installation companies in the nation and this project is their first poultry farm. They hope others will soon follow, spreading sunny savings throughout the southeast states of Alabama, Tennessee, and Georgia. 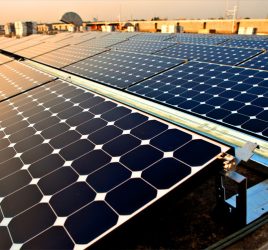