The results are in: Alabama’s conservatives want energy freedom!

Energy freedom means having more choices. It means a competitive marketplace in which renewables are much more widely available.

What it doesn’t mean is the same old, same old.

So while “freedom isn’t free”, according to Seth Hammett and the Energy Institute of Alabama, the status quo is sure to be more expensive and unacceptable to Alabama.

And Now, Some Facts

Mr. Hammett recently wrote an editorial that appeared in the Alabama Political Reporter. Mr. Hammett is the ex-Speaker of the House and Chairman of the Board for the Energy Institute of Alabama, the lobbying group representing Alabama’s monopoly utilities. According to Mr. Hammett, Alabama really ought to just side with his monopoly buddies because freedom, or something. He seems to think that because renewables do actually cost money to install and maintain (you know, like any other energy source), his special-interest group of utilities ought to reign supreme.

Here are some facts.

Which leads us to the polling.

Click here for a summary of the poll. Don’t take our word for it! See for yourself!

Now, for a few key findings:

Again, read the poll for yourself. Please don’t just accept our word for it. Read the study. Learn the facts. Don’t let catchy slogans distract you from the truth. Alabama’s conservatives want energy freedom. Period.

Mr. Hammett and the EIA have a vested interest in maintaining the entrenched monopoly. Look, we get it. Lobbyists gonna lobby; he’s doing his job.

However, the conservatives of Alabama have spoken loudly and clearly. The monopoly says freedom isn’t free? We never did either. Freedom sure isn’t the status quo. And energy freedom is almost sure to cost less.

Below is a reproduction of an email we sent out in support of GASP and SELC’s challenge to Alabama Power’s unjust solar tax.

Regular, hardworking Alabamians who generate their own solar electricity are being singled out by Alabama Power and the Alabama Public Service Commission. That’s why like-minded people from across the state are joining forces and fighting back.

OK, so if you haven’t heard the news, you might be a bit confused right about now. Here’s the skinny.

Like we said, it’s not right. But it is unreasonable, unjust, discriminatory, and contrary to the public interest.

If those words have a nice ring to them, that’s great! On Thursday, the Southern Environmental Law Center (SELC) and GASP filed a formal complaint with the APSC over that ridiculously unfair fee. Some of those words we just used to describe the fee are in there. Pretty cool, right?

(If you missed it, AL.com’s Dennis Pillion has the story right here.)

Now that you know, we’re asking everyone to please take a look today. Brush up on the policy. Be prepared to talk about this with your friends and family. Spread the word! And while you’re at it, visit the APSC website and contact your commissioners (or even the Commission’s President).

We all know that solar power is great. It’s clean. It’s renewable. And, hey, it’ll even save you money on your utility bill.

Well, that’s all true unless you’re an Alabama Power customer. So now it’s time we changed that.

Note: This post is available here as a downloadable press release

HUNTSVILLE, AL — Energy Alabama is calling for a public hearing to help Alabama Power customers understand how the company plans to spend more than a quarter of a billion dollars in savings from the recent federal tax overhaul.

As a result of recent changes to the federal tax code, Alabama Power has a tax adjustment tariff that will return approximately $257 million to the company in reduced taxes. Some of Alabama Power’s plans to distribute this money to customers have been outlined in a recent Form 8-K filing with the U.S. Securities and Exchange Commission. The Alabama Public Service Commission is scheduled to vote tomorrow, May 1, 2018, less than two weeks from its initial filing with the SEC.

However, Energy Alabama has serious concerns about this closed-door process:

A previous closed-door process led to the unjust and arbitrary solar tax reported by AL.com on Friday. Thankfully, that decision is now being challenged.

For more information about this topic, please contact Daniel Tait by phone at (256) 812-1431, or by email at dtait@alcse.org.

Greener State Only Leaves You With Less Green. Here’s Why.

Greener State is a new program from Alabama Power that claims to give utility customers the chance to cover up to 100 percent of their energy usage with renewable sources. Which sounds great in theory because, after all, who doesn’t like renewable energy? In practice, though, Greener State isn’t everything it’s cracked up to be.

TL;DR – Alabama Power, and really all utilities, should stop charging their customers a premium for the privilege to buy renewable energy. Renewable energy is already the cheapest power to procure. Instead, they should focus on expanding access to renewable energy sources – for everybody. Alabama Power should make it easier for people to use renewable sources, not charge them extra.

The Skinny on RECs 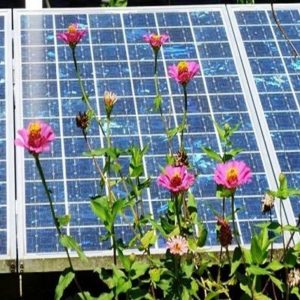 Renewable Energy is great! Let’s expand access to it, instead of charging a premium.

Now, let’s back up. According to Greenerstate.com, the Greener State program allows Alabama Power customers to “greenify” their energy consumption with something called Renewable Energy Certificates. They’re called RECs for short, and the idea is that you can buy enough of them to cover all of your energy usage.

If you do that, you will have (in effect) used 100 percent renewable energy without buying and installing an expensive solar setup at your home. Meanwhile, you’ll be helping Alabama Power invest in wind, solar and biomass sources. The program doesn’t cost a whole lot, and you’re even taking care of the environment at the same time.

RECs are the strongest driver of renewable energy development, and give you the ability to support renewables without the heavy cost of owning personal systems. You can certify that your electric usage is covered by renewable energy, but not spend tens of thousands on a solar panel system.

Since 2014 Alabamians have covered 3,267,000 kWh of their homes’ usage with renewable energy through our REC program. Now you can be a part of the movement with Greener State. This market force leads to more demand and accelerates the growth of renewable energy. RECs are a win-win-win.

First of all, a solar panel system for your home doesn’t cost tens of thousands of dollars. But let’s leave that for another time. Instead, let’s focus on that last part. For Alabama Power, Greener State definitely is a win-win. For customers, it’s really not.

To understand why, let’s take another look at the Greener State website. An article titled “The Future of Renewables in Alabama is Bright… Literally” notes that in December 2017, Alabama Power will begin receiving energy from a 72-megawatt solar plant in Lafayette, Alabama. And that’s not all. Not nearly. The same article mentions 14 hydroelectric facilities, a couple of wind projects and even some biomass energy – all of which Alabama Power supports.

Here’s the thing. If I’m a paying customer of Alabama Power, shouldn’t my money already support renewable energy? I mean, since Alabama Power is so invested in renewables, it just makes sense.

Well, Alabama Power never explains that part. Not at all.

Who doesn’t love solar? What we need is MOAR renewables! (Not a premium for the privilege.)

So, what’s the alternative? Here at Energy Alabama, we believe that renewable energy is the best and most cost-effective energy available. So, yes, utility companies should be investing in it. Heavily.

But while Alabama Power’s marketing is slick, Greener State just doesn’t add up. To be clear, investing in renewables is unquestionably a good thing. But in its current form, Greener State merely serves as an example of how Alabama Power values one form of green over another.

Instead of charging a premium to “support” renewable energy that is already in place, why not just continue investing in renewables while expanding access for all? In the long run, that’s the best and most cost-effective solution for Alabama Power and its customers.

And in the long run, that would be the real win-win for everybody.

MADISON, Ala. –  The Madison City Schools system is saving hundreds of thousands of dollars by being more conservative when it comes to energy use.

Now, they are going head to head with other businesses and organizations around Madison County to see just how much they can save on energy.

“It’s a voluntary effort where organizations and businesses from around north Alabama are committing to energy efficiency,” said Daniel Tait, CEO of Energy Alabama.

Chip In for a Better Alabama.