From its earliest days to its most recent, the Alabama Public Service Commission (PSC) has held open formal meetings as required by law. Now, however, the PSC wants to change all that.

The Public Service Commission has been hiding behind closed doors for years. But blocking all electronic devices from a formal hearing? It just doesn’t pass the smell test.

It wasn’t just us that noticed. Radio and television broadcasters and print journalists from around the state are pushing back on ridiculous rules meant to block public access to the, ahem, Public Service Commission.

Now, we need your help. Stand with us for transparency.

By law (the 2005 Open Meetings Act), all PSC meetings must be open to the public. And the commissioners must physically be on location. Simple, right?

Unfortunately, the PSC is trying to pull a fast one on us.

In a filing from March 5 of this year, the PSC adopted a so-called “Media Coverage Plan” for its formal meetings. The PSC decided to make the “interim” plan effective immediately. Who has time for the consideration of the pesky public right?

Well, it was perfect timing for the PSC. Just four days later the PSC would start a formal hearing to consider one of the largest ever requests by Alabama Power.

Don’t take our word for it. Read the PSC’s so-called Media Plan here.

So what’s the problem? As the Alabama Press Association, Alabama Broadcasters Association, and AL.com noted in their comments against the plan:

(A)ny party, witness, attorney, commissioner or presiding administrative law judge can order the cessation of coverage of a proceeding. This veto power places unprecedented authority in the hands of a select few persons and is clearly meant to suppress public scrutiny based on a single vote. In other words, broadcasting will be prohibited only when everyone involved in the hearing agrees there will be broadcasting. Such a condition flies in the face of the Open Meetings Act.

It’s as simple as that, really. Almost anyone at any public hearing wants the cameras and microphones shut off, then the cameras and microphones will get shut off. Let’s be blunt. There is absolutely nothing open about this new rule. It’s painfully obvious what’s going on here. The PSC is trying to shut out public knowledge of their meetings. The only question is: Why? Maybe they’d rather you not see all the favors they do for Alabama Power.

Anyone with a shred of intellectual integrity has to admit it that the PSC is trying to limit transparency. As you’ll remember, that transparency is formally codified in state law. The PSC can not legislate from the bench.

Nobody else does this. Around the country, the Alabama PSC stands alone here. Both the Mississippi and the Georgia Public Service Commissions broadcast all its meetings and hearings online. Both allow electronic devices in the hearing room and both allow anyone to come in, to record or to stream.

We cry foul. And it’s not just us. Check out this list of Alabama broadcasters and news outlets who agree that the PSC has overstepped its bounds:

It’s time for the people of Alabama to tell the PSC, “We Dare Defend Our Rights!” 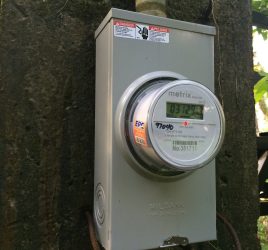